The Mid-Autumn Festival falls on the 15th day of the 8th lunar month， usually in early September to early October of the Gregorian calendar with full moon at night. It is a time for family members and loved ones to congregate and enjoy the full moon - an auspicious symbol of abundance，harmony and luck. Adults will usually indulge in fragrant mooncakes of many varieties with a good cup of piping hot Chinese tea， while the little ones run around with their brightly-lit lanterns.

The festival has a long history. In ancient China，The Mid-Autumn Festival probably began as a harvest festival. The festival was later given a mythological flavour with legends of Chang-E， the beautiful lady in the moon.According to Chinese mythology， the earth once had 10 suns circling over it. One day， all 10 suns appeared together， scorching the earth with their heat. The earth was saved when a strong archer， Hou Yi， succeeded in shooting down 9 of the suns. Yi stole the elixir of life to save the people from his tyrannical rule， but his wife， Chang-E drank it. Thus started the legend of the lady in the moon to whom young Chinese girls would pray at the Mid-Autumn Festival.

The the moon day, most Chinese eats a reunion dinner, eating mooncake. 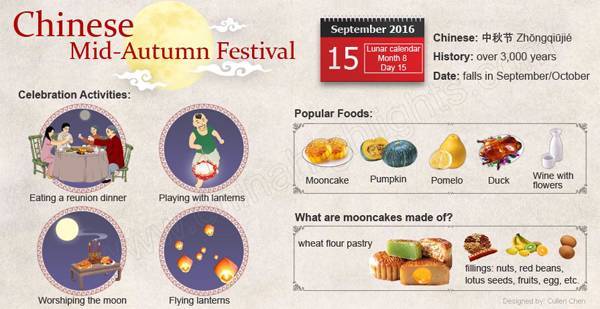 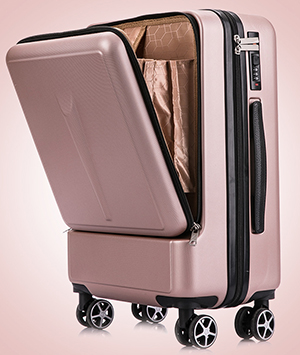